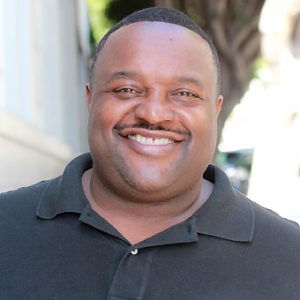 In 1992, Khalid began his career as a youth activist in Richmond, CA—at that time, the crime and death rates in Richmond were the highest in the nation. He created a community breakfast program for youth that weren’t receiving a balanced morning meal. He also mentored and tutored in an afterschool program focused on improving grade-point averages and lowering suspension rates.

Later, Khalid became a youth football coach, empowering over 150 young people to succeed on the field and in the classroom. He graduated from the Alive & Free Leadership Academy facilitated by Dr. Joseph Marshall in 2004. During this same year, Khalid also became an active National Consortium participant and a member of the Omega Boys Club’s San Francisco chapter. He is a frequent guest speaker at schools, and an accomplished community organizer. As an avid volunteer inside the Contra Costa County Juvenile Hall, he has affected the lives of many young people, earning recognition from the mayor and police chief of Richmond.

Currently, Khalid is a guest on the Street Soldiers radio show on 106.1 KMEL. The show focuses on keeping young people alive and free. He also writes a monthly column in the Richmond Pulse, a newspaper that serves the city of Richmond. The column empowers young people to live violence-free lives.