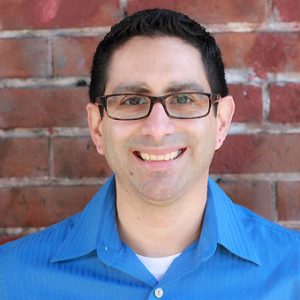 After serving four years in the United States Marine Corps, Lawrence worked in the semiconductor field for a few years before deciding to pursue a college degree. Initially, Lawrence thought that he wanted to be an electrical engineer. However, he gradually realized that he actually wanted to be a teacher. He wanted an outlet to be able to share his love for the wonders of science and the ability to get others excited about the subject.

After earning his bachelor’s degree in Biological Science from San Jose State University and subsequently completing a Post-Baccalaureate Teacher Preparation in Science degree from Western Governors University, he began his teaching career at Homestead High School in Cupertino, CA. Upon hearing about a position at The Reset Foundation, Lawrence immediately felt connected to the organization and its cause. He knew that working for the organization would fuel his passion for empowering students to rewrite their futures. As a member of the Reset team, Lawrence has seen his paradigm of both learning and teaching turned upside down in what he calls “a wonderful way.”

In his free time, Lawrence enjoys camping and hiking, riding his motorcycle, and annoying his cats with affectionate hugs.