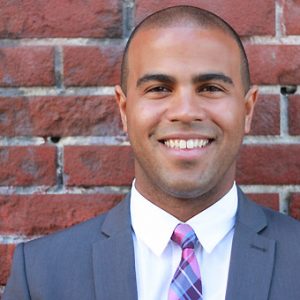 One of the defining moments of Paul’s life occurred before he was even born: due to a criminalized drug addiction, his mother was pregnant with him while in prison. Paul was subsequently adopted by two incredible fathers, friends of his mother’s, and given a loving household and upbringing. This early exposure to incarceration and compassion seared a commitment to criminal justice reform and youth learning into Paul’s DNA.

As Executive Director of the Bay Area Campus, Paul brings expertise as a teacher, administrator, and school designer to his work with Reset. Most recently, Paul was part of a team that designed and launched three new competency-based high schools within the New York City Department of Education, the nation’s largest school district. Prior to that launch, Paul served as an assistant principal in Boston and worked with the Los Angeles Unified School District on professional development for teachers and principals. His career as an educator has also included teaching middle school in Philadelphia and leading college courses at San Quentin State Prison in California.

Paul graduated with a dual degree in Political Science and International Studies from American University and then went on to receive Master’s degrees in Education and Public Policy from the University of Pennsylvania and the University of California, Berkeley, respectively. Most recently, Paul earned his Doctorate of Education Leadership from the Harvard Graduate School of Education. In his spare time, Paul enjoys spending time with his dog, Astaire; reading good books; trying to write his own; and traveling the world.

Meet the people behind The Reset Foundation.
We share a passion for our mission and a willingness to grow and learn.

Looking for those who can jump into the fray, thrive in a dynamic environment, and are excited about building an organization and working with students.